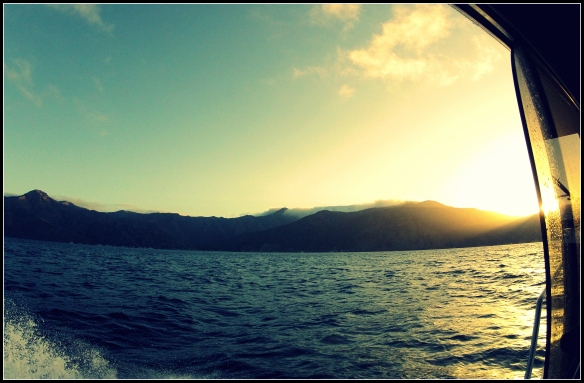 I’ll get into the details of the trip to Catalina this weekend, and the paddle from Catalina Harbor to Two Harbors, in a forthcoming post, but I wanted to consider ‘the takeaway’ from a weekend on the island.  Aside from Baja, and maybe some areas of the desert, I know of few other places marked out by such remarkable contrast than the backside of Catalina – the geography, the weather, the people (residents and tourists), flora and fauna…all of it just seem out of a movie set.

A trip to Two Harbors begins with anticipation and preparation, followed by the trip over, the mooring routine, seeing familiar faces and friends, as well as a throng of tourists carrying huge amounts of gear, a few libations, swimming, one California’s most amazing sunset vistas, and then darkness.  Through the darkness you’ll still hear the strains of music and laughter floating over from nearby boats, but the quietude of a place like Two Harbors at 1:00 a.m. is something you can actually feel descend all about your ears.

If you’re fishing, paddling, sailing, or racing you’re on the move early and constantly, so there’s little time to think about what a wonderful slice of magic you’re in or just how gracious the people who live and work on the island are, hosting all manner of visitors, entitled yachters, drunk day-trippers, backpackers, bikers, animals…believe me, I could go on.

By the time it’s time to leave, there is always a flurry of activity, scrounging for cash to settle bills, breakfast, pinball with other boaters trying to leave at the same time, and then, as if it never happened, you’re headed back to the mainland – mind already focused on work, emails, calls, and a list of Have-Tos…and you’re totally exhausted, cooked, spent.

If you’re lucky, you’ll run into a pod of dolphins that will keep you in the moment a bit longer, but more often than not, it’s hammer down until next time.  Thank goodness for next time. 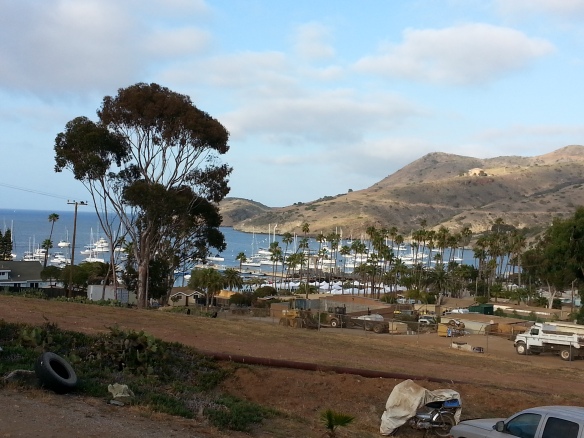 1 thought on “The Takeaway”