I wish I had all of Daniel’s 4,186 sleeps on video–I would shamelessly put them on a loop, in reverse order, and watch him get younger with each passing day.  As it is, D is off to astro camp to consider the perigee of the moon (one of six “super-moons” this year), stay up late, and generally be a kick-ass 11-year old while mom and dad contemplate how to slow down this whole thing called ‘growing up.’  You can’t see it (like the new moon) but it’s larger and closer than we all think. 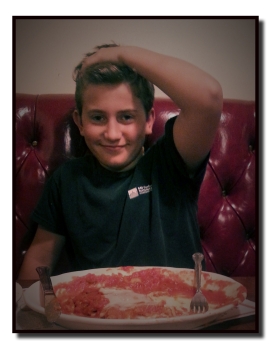 Then the child moved ten times round the seasons
Skated over ten clear frozen streams
Words like when you’re older must appease him
And promises of someday make his dreams.