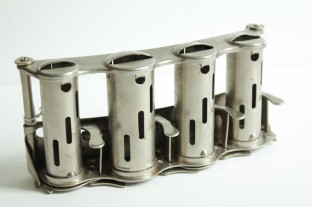 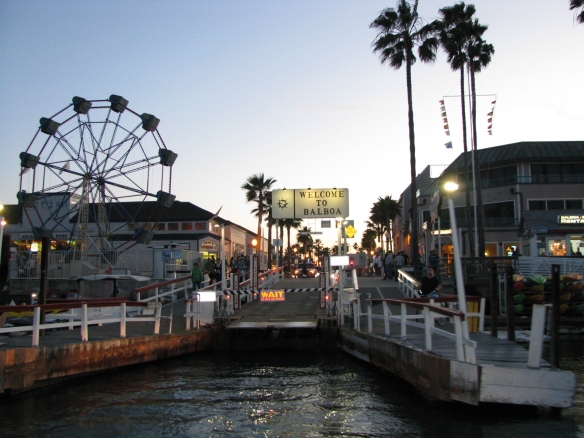 It’s good to be on the ‘right’ side of a fight or cause, or project.  It doesn’t happen all that often.  Too many times, we find ourselves in a moment when we should have stood up and objected, raised our hand or voice, and said “no” or “yes”… or anything but be silent.  However, personal interest (economic or emotional) confuses the moment and then it is gone.  But, as I said, sometimes you find yourself on the right side of the equation and it is good–it is inspiring, it is informative, and it is most certainly a place where fear has no quarter. 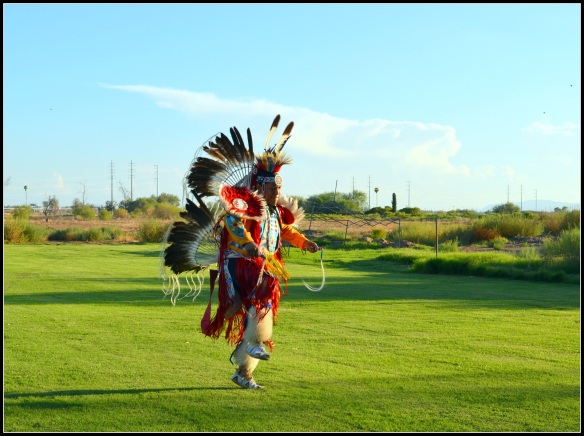 Last week I began development on an educational video that was shot in Mesa, Arizona, on a Native American reservation.  Without getting into too much detail, the video is about math as seen through Native American hoop dancing.  AZ was 107 degrees, I had no budget to speak of, and the entire proof-of-concept was called in on favors from tribal educators that shared a common vision for a new kind of digital content.

Yes, the reservation I visited is beset by challenges of getting education to its sons and daughters–gangs, poverty, drugs…etc.; but working on the side of the problem with teachers was nothing short of brilliance.  Here is a teaser from the few days I most clearly was on the right side of the equation.

“Even if it’s five times a day, go insane with joy
to see someone you love…”

The first paddle after more than two months off…  What can I say?  I have holes that are still visible in the shoulder, lots of grinding noises, but it was being back in the water that “made my day.”  I was about as tough as 80s dance jam (which means not at all)…but, I was so stoked.

For all those folks going under the knife, or healing broken bones, dealing with new/old work, shit schedules, or frayed relationships…keep paddling. 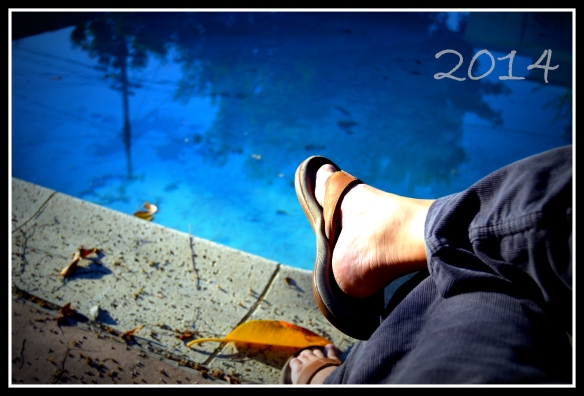 Where were you this time last year? Where was I? I wanted to take a minute to consider the distance between January 2014 and January 2015—the events that marked time—but the exercise proved harder than I expected. I looked back at Far and a Wey and had good laugh; a hundred or more posts on paddling events, birthdays, family outings, time with friends, and a few sad moments—tragedies really—to round out the experience of being in the moment, for a lot of moments in 2014.

I can say unequivocally that this year was one of the best ever for waves; that dogs, like children, get more awesome with age; that 78 degree weather, everyday, does get old (okaywellnotreally); that everything seems to cost more; and…that shoulder surgery sucks. On this last point let me be clear: if you love your sport (a lot), you’re going to get injured doing it. (Somewhere there’s a guy nursing a snooker injury nodding his head—trust me.) You can take some time off, go under the knife, or switch your source of activity to maintain that inner desire for competition that keeps some of us going. In short, have more sports to stay healthy and to stay sane.

I can also say that in 2015, I’m going out of my way to cultivate relationships and, hopefully, friendships with thoughtful, artistic, and inspired people. I want to read (or reread) more good books like the ones I picked up in 2014 (read my short list of good reads). I want to learn more about electricity and wiring, scientific competition that leads to innovation, bees and the economy of pollination, how navigation works in the brain, cornbread, crows, and the entire libretto of La Sonnambula because, well, intellectual curiosity, like play, makes all of us just a bit more interesting in the sandbox.

I’ve never made resolutions; however, I take stock of what kind and quality of work I’m doing, discard what’s not working and replicate what is—positive skepticism, better communication, and collaboration.  New industries and new challenges.  With opportunity and planning, maybe I’ll save a bit more money this year or, alternately, find more compassionate ways to spend it. 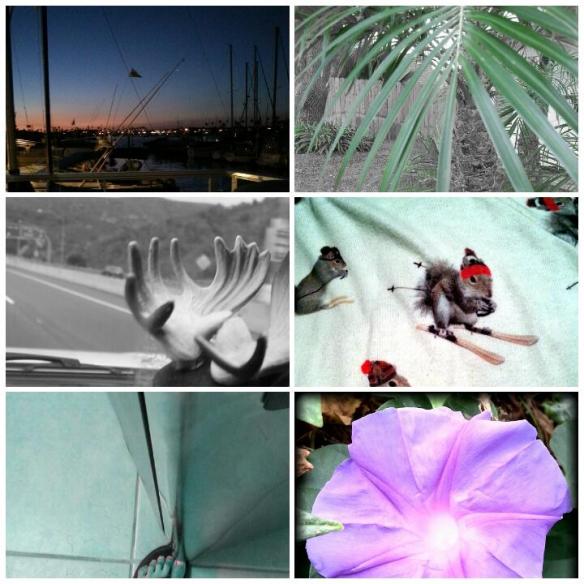 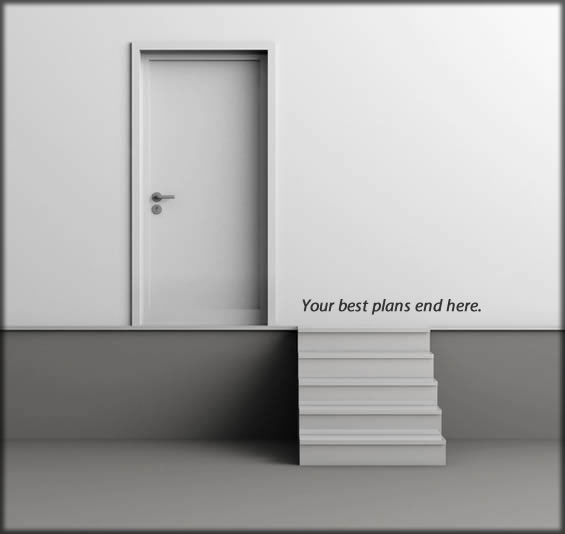 Someone once told me that ”You’re in It until you’re not; but, you stay in It right up until that very day.”  Well, this is that day.

I officially pulled out of the 2014 Catalina Classic Paddleboard Marathon.  *sigh*

Honestly, it had to be done.  After a few back-to-back 18-20 mile paddles, a large south swell that had me bodysurfing for 6+ hours, and the Newport Beach 2-mile Pier-2-Pier Ocean Swim, the stabbing pain in my shoulder had me wishing surgery was scheduled for later in the month.  Am I bummed?  Well, it’s a hard question to answer.

A fellow paddler who had to pull out of last year’s Classic due to back injury put it this way: the decision takes weeks, but the pressure and stress melt away quickly once the ‘announcement’ is made.  Then, over the next week, paddling becomes fun again.  He also said that watching the start (most of the paddling community helps out with the race regardless of whether or not they are doing it) was/is p-a-i-n-f-u-l.  I can say this much for sure, I will be nowhere near the finish, though my respect and support go out to all the racers.  So, there it is.

What next?  Beer, couches and naps, kick the dog around the yard?  Nah.  It’s time to focus on some shorter races (Two Harbors, Island-2-Island), a bit of running, and a lot more writing featuring the amazing people who make up the paddling community.  Surgery looms large in October, but that, as they say is a whole nother story.  Cue the blues… 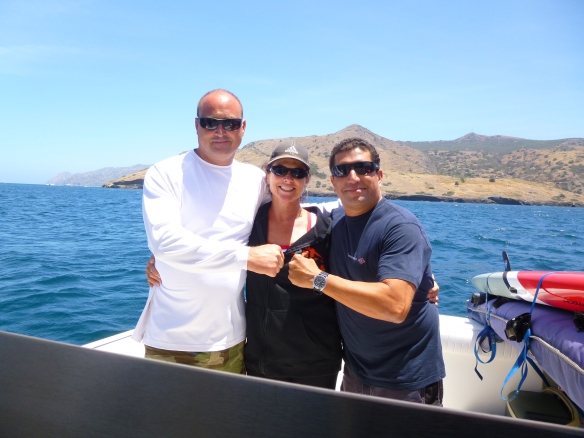 One of those moments during a race when I realize, with utter clarity, why I choose prone paddling as sport, if not a lifestyle, and it happened during the 2014 Rock 2 Rock.  This post doesn’t get all fluffy about being a ‘waterman,’ but it certainly foregrounds why the men and women with whom I paddle ARE the sport.  Not the gear, or the times, or the crappy trucker’s caps—it’s the handshakes before and after races, and the paddle-battles that make the character of paddling a misery stick so great.

Last year’s race was perfect for breaking records.  This year, not so much.  The wind didn’t want to cooperate, the water was pissed off, and everyone struggled.  To put it into context, first place finisher, Max First (the joke writes itself), was 40 minutes off his time last year.  Similarly, I went 30 minutes slower than last year…and I was part of relay with the most excellent Ruth Parish.  All things the same, we should have gone much faster this year, but it was not in the cards.

Ruth put in an inspired paddle, starting, finishing, and switching out with yours truly every 30 minutes.  We passed some strong competition and duked it out with Pete Bagoye for the better part of an hour (the man is a hammer).  We crossed the finish in 5:16 and patted ourselves on the back for choosing this year to do the race as a relay.

The real race story, however, happened out in front of us some 45 minutes and defines the nature of the sport.  Reno Caldwell (“The Redondo Rocket” – below, on the blue 14’) humbly and succinctly described his paddle-battle with two other amazing sportsmen:

R2R 2014….. Battle paddle. Mid channel. One of the most memorable paddles that I’ve ever been a part of. Pulled the guys all the way across, then they caught me and passed me in the kelp beds just off Cabrillo Point… they felt bad that they drafted me the whole way, so they stopped right before the finish line and they let me catch up. We then paddled in together… great sportsmanship and one heck of a race…!!! 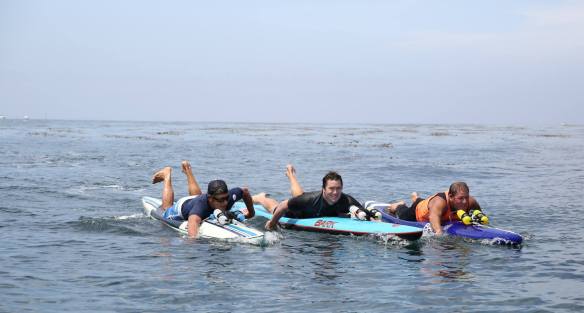 Go turn on your TV.  Flip to ESPN, or your favorite sports channel, and I challenge you to find another sport where the elite athletes check up at the line to wait for a fellow competitor that showed the heart of a lion.  It’s just not going to happen.  Cyclists, triathletes, marathoners…hell no; in fact, it’s their goal to put you away at the finish, even if they’ve been sucking off your draft since 2009.  I repeat: it’s about the character of the people with whom I paddle that makes the sport and racing worth it—they have character and they are characters.

What more can I say?  My Father’s Day was brilliant, with DST cheering us on as we grinded out the miles and our skipper, Mark Urkov, simply nailing race strategy.  In the course of the last year, Mark has become such an invaluable part of my race program that I can’t even begin to thank him enough; but, if I ever have to paddle against him, I’m totally crossing the line in front…no quarter 😉

Literally, “a smile that lights up a room”

Even if the sun is not out…the guns are out

…and some dude wearing the same one…

…for the second week in a row.

The view for the next five hours

What a shot by Joel Gitelson

“She of the nice femurs” DJ taking the win

Happy to hit the sand

@farandawey
Far and A Wey
Blog at WordPress.com.